An Instruction on the implementation of the new rules concerning the usage of the traditional Liturgy is quite likely to be issued, although this won't happen as fast as some are fearing (the drafts of such general documents are supposed to follow a complex procedure before the final approval, which it should be more difficult to hasten by smuggling the same drafts on the Papal table – though the Reigning one is quite unpredictable in that respect). However, because the motu proprio went immediately in force, it is urgent to address various practical issues: in my previous piece on the subject, I confined myself to those stemming from the lack of vacatio legis and a few others, due to space constraints, but I have drawn the main lines according to which all of them can be sorted out; therefore, here I am simply assuming that the reader will have read it before and going on straight away, in QA format.

“However, it is desirable that a lector read the Epistle and Gospel in the vernacular for the benefit of the faithful at low Masses on Sundays and feast days. ”;
“Finally, if a particular indult has been granted for the priest, deacon, subdeacon, or lector to read solemnly the Epistle, Lesson, or Gospel in the vernacular after they have been chanted in their Gregorian melodies, they must be read in a loud and clear voice, without any attempt to imitate the Gregorian melodies”.

Thanks for sharing this! I’m delighted with this information, where such important moments are captured. All the best! 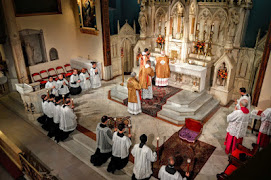 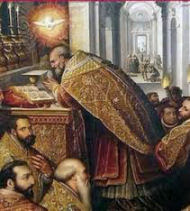